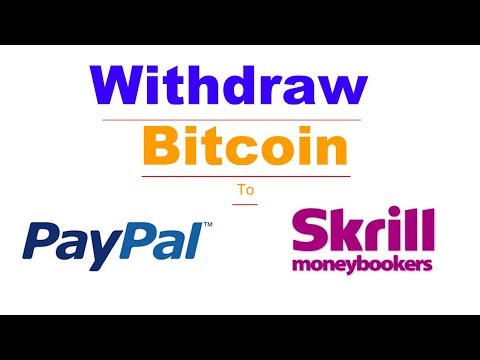 Which are your Top 5 favourite coins out of the Top 100? An analysis.

I am putting together my investment portfolio for 2018 and made a complete summary of the current Top 100. Interestingly, I noticed that all coins can be categorized into 12 markets. Which markets do you think will play the biggest role in the coming year?
Here is a complete overview of all coins in an excel sheet including name, market, TPS, risk profile, time since launch (negative numbers mean that they are launching that many months in the future) and market cap. You can also sort by all of these fields of course. Coins written in bold are the strongest contenders within their market either due to having the best technology or having a small market cap and still excellent technology and potential. https://docs.google.com/spreadsheets/d/1s8PHcNvvjuy848q18py_CGcu8elRGQAUIf86EYh4QZo/edit#gid=0
The 12 markets are
Before we look at the individual markets, we need to take a look of the overall market and its biggest issue scalability first:
Cryptocurrencies aim to be a decentralized currency that can be used worldwide. Its goal is to replace dollar, Euro, Yen, all FIAT currencies worldwide. The coin that will achieve that will be worth several trillion dollars.
Bitcoin can only process 7 transactions per second (TPS). In order to replace all FIAT, it would need to perform at at least VISA levels, which usually processes around 3,000 TPS, up to 25,000 TPS during peak times and a maximum of 64,000 TPS. That means that this cryptocurrency would need to be able to perform at least several thousand TPS. However, a ground breaking technology should not look at current technology to set a goal for its use, i.e. estimating the number of emails sent in 1990 based on the number of faxes sent wasn’t a good estimate.
For that reason, 10,000 TPS is the absolute baseline for a cryptocurrency that wants to replace FIAT. This brings me to IOTA, which wants to connect all 80 billion IoT devices that are expected to exist by 2025, which constantly communicate with each other, creating 80 billion or more transactions per second. This is the benchmark that cryptocurrencies should be aiming for. Currently, 8 billion devices are connected to the Internet.
With its Lightning network recently launched, Bitcoin is realistically looking at 50,000 possible soon. Other notable cryptocurrencies besides IOTA and Bitcoin are Nano with 7,000 TPS already tested, Dash with several billion TPS possible with Masternodes, Neo, LISK and RHOC with 100,000 TPS by 2020, Ripple with 50,000 TPS, Ethereum with 10,000 with Sharding.
However, it needs to be said that scalability usually goes at the cost of decentralization and security. So, it needs to be seen, which of these technologies can prove itself resilient and performant.
Without further ado, here are the coins of the first market

Most of the cryptos here have smart contracts and allow dapps (Decentralized apps) to be build on their platform and to use their token as an exchange of value between dapp services.

The 3rd market with 11 coins is comprised of ecosystem coins, which aim to strengthen the ease of use within the crypto space through decentralized exchanges, open standards for apps and more

The 4th market are privacy coins. As you might know, Bitcoin is not anonymous. If the IRS or any other party asks an exchange who is the identity behind a specific Bitcoin address, they know who you are and can track back almost all of the Bitcoin transactions you have ever made and all your account balances. Privacy coins aim to prevent exactly that through address fungability, which changes addresses constantly, IP obfuscation and more. There are 2 types of privacy coins, one with completely privacy and one with optional privacy. Optional Privacy coins like Dash and Nav have the advantage of more user friendliness over completely privacy coins such as Monero and Enigma.

Due to the sheer number of different cryptocurrencies, exchanging one currency for the other it still cumbersome. Further, merchants don’t want to deal with overcluttered options of accepting cryptocurrencies. This is where exchange tool like Req come in, which allow easy and simple exchange of currencies.

With an industry size of $108B worldwide, Gaming is one of the largest markets in the world. For sure, cryptocurrencies will want to have a share of that pie.

There are various markets being tapped right now. They are all summed up under misc.

Web 2.0 is still going strong and Web 3.0 is not going to ignore it. There are several gaming tokens already out there and a few with decent traction already, such as Steem, which is Reddit with voting through money is a very interesting one.

Popular exchanges realized that they can make a few billion dollars more by launching their own token. Owning these tokens gives you a reduction of trading fees. Very handy and BNB (Binance Coin) has been one of the most resilient tokens, which have withstood most market drops over the last weeks and was among the very few coins that could show growth.

Currently, data storage happens with large companies or data centers that are prone to failure or losing data. Decentralized data storage makes loss of data almost impossible by distributing your files to numerous clients that hold tiny pieces of your data. Remember Torrents? Torrents use a peer-to-peer network. It is similar to that. Many users maintain copies of the same file, when someone wants a copy of that file, they send a request to the peer-to-peer network., users who have the file, known as seeds, send fragments of the file to the requester., he requester receives many fragments from many different seeds, and the torrent software recompiles these fragments to form the original file.

Obviously, renting computing power, one of the biggest emerging markets as of recent years, e.g. AWS and Digital Ocean, is also a service, which can be bought and managed via the blockchain.

Last but not least, there are 2 stablecoins that have established themselves within the market. A stable coin is a coin that wants to be independent of the volatility of the crypto markets. This has worked out pretty well for Maker and DGD, accomplished through a carefully diversified currency fund and backing each token by 1g or real gold respectively. DO NOT CONFUSE DGD AND MAKER with their STABLE COINS DGX and DAI. DGD and MAKER are volatile, because they are the companies of DGX and DAI. DGX and DAI are the stable coins.
 EDIT: Added a risk factor from 0 to 10. The baseline is 2 for any crypto. Significant scandals, mishaps, shady practices, questionable technology, increase the risk factor. Not having a product yet automatically means a risk factor of 6. Strong adoption and thus strong scrutiny or positive community lower the risk factor.
EDIT2: Added a subjective potential factor from 0 to 10, where its overall potential and a small or big market cap is factored in. Bitcoin with lots of potential only gets a 9, because of its massive market cap, because if Bitcoin goes 10x, smaller coins go 100x, PIVX gets a 10 for being as good as Monero while carrying a 10x smaller market cap, which would make PIVX go 100x if Monero goes 10x.

Compare 5 Sites to Buy Bitcoin With Paypal ️ US + UK ️ No Fees ️ No ID Required ️ The SECRET To Buying BTC in Under 5 Mins. Also, you can find the instruction of other services including how to sell Bitcoin online, how to convert ETH to PayPal instantly, how to exchange Litecoin to PayPal, how to perform Monero to PayPal exchange, etc. on our website. To submit an order on ExPay 24, enter the home page of the website and, select your desired service provided on the home page. Please contact us through online chat ... And has finally decided to push forward with the decision to start accepting Bitcoin and some other alternative cryptocurrencies. The eBay cryptocurrencies movement . eBay has now started pursuing cryptocurrency payments. This online market giant has made it clear from its Consensus 2019 conference in New York that it will start accepting the virtual currency, which may also lead to the ... PayPal kritisiert Kryptowährungen und setzt lieber auf die in Indien im Einsatz befindliche Lösung für Echtzeitüberweisungen mittels UPI-Schnittstelle. Sri Shivananda, bis 2016 bei PayPal, einem der ältesten Unternehmen der digitalen Zahlungsbranche, tätig und ein eBay-Veteran sprach am 09. März 2020 auf dem Global Business Summit der ... Even though Bitcoin once had higher fees than PayPal has now, the things have changed. Currently, sending a Bitcoin transaction is possible in under an hour for around $0.21 which is absolutely cheaper compared to PayPal. Despite the speed of PayPal, Bitcoin is currently many times cheaper and has an advantage of massive international awareness. There is also a cool rating system like eBay, where buyers and sellers can leave feedback after a trade is completed! The time it takes to buy Bitcoin with PayPal using LocalBitcoins isn’t long at all. It should not take you more than 10 minutes to complete the trade! So, now you know what LocalBitcoins is, the next part of my ‘How to buy Litecoin with PayPal’ guide is going to look at ... Formally known as MoneyBookers, Skrill is by far the most popular alternative to PayPal. The UK company behind Skrill first launched its e-money service way back in 2001, making them one of the most established online payment processors in the industry. The main overarching concept of Skrill is virtually identical to that of PayPal. Users ...

paypal bitcoin email paypal bitcoin ebay paypal e bitcoin paypal to bitcoin forum paypal to bitcoin no fee paypal to bitcoin low fee paypal bitcoin fees paypal bitcoin free paypal founder bitcoin ... How to Sell in Binance: 1:07 - 3:02 How to Buy using Binance: 3:03 - 4:07 How to Withdraw coins using Binance: 4:10 - 6:50 How to Deposit coins using Binance: 7:45 - 8:58 Binance Alternatives: 8 ... Paypal Account gehackt - Geld weg Youtube Binance & Ethereum Hack 2020 Phishing Emails Lichtblick. Loading... Unsubscribe from Lichtblick? Cancel Unsubscribe. Working... Subscribe Subscribed ... How to withdraw bitcoin in PayPal and skill. You will get cash in your bank account. 1. How to sell bitcoin in cash. 2. How to transfer bitcoin to binance and convert to USD and get into account. This is my top 10 sites to buy Bitcoin and some other currencies with a credit card, Debit card, and or PayPal. List and links below BUY BTC, BCH, LTC, ETH, ... Electroneum: Buy ETN With Paypal! (Easy) code: B85ED6 https://play.google.com/store/apps/details?id=com.electroneum.mobile&hl=en_US Get over to Binance and v... EBAY TO ACCEPT BITCOIN AS PAYMENT METHOD?? There are many people citing many reasons for the huge surge in the value of Bitcoin, but one of the key reasons is the number of platforms that are ... PayPal is in a lot of trouble, with these new payment systems coming out undercutting fees etc. Also what I did not mention in the video is that eBay is discontinuing paypal as a payment option ... The best way to buy bitcoin instantly with fiat currency, in my opinion, is on Cash App (affiliate): https://cash.app/app/JWNRGTX Or, you can enter the invit... [URGENT] Top 3 BEST Binance US Alternatives For US Citizens CryptoJack. Loading... Unsubscribe from CryptoJack? Cancel Unsubscribe. Working... Subscribe Subscribed Unsubscribe 74.4K. Loading ...